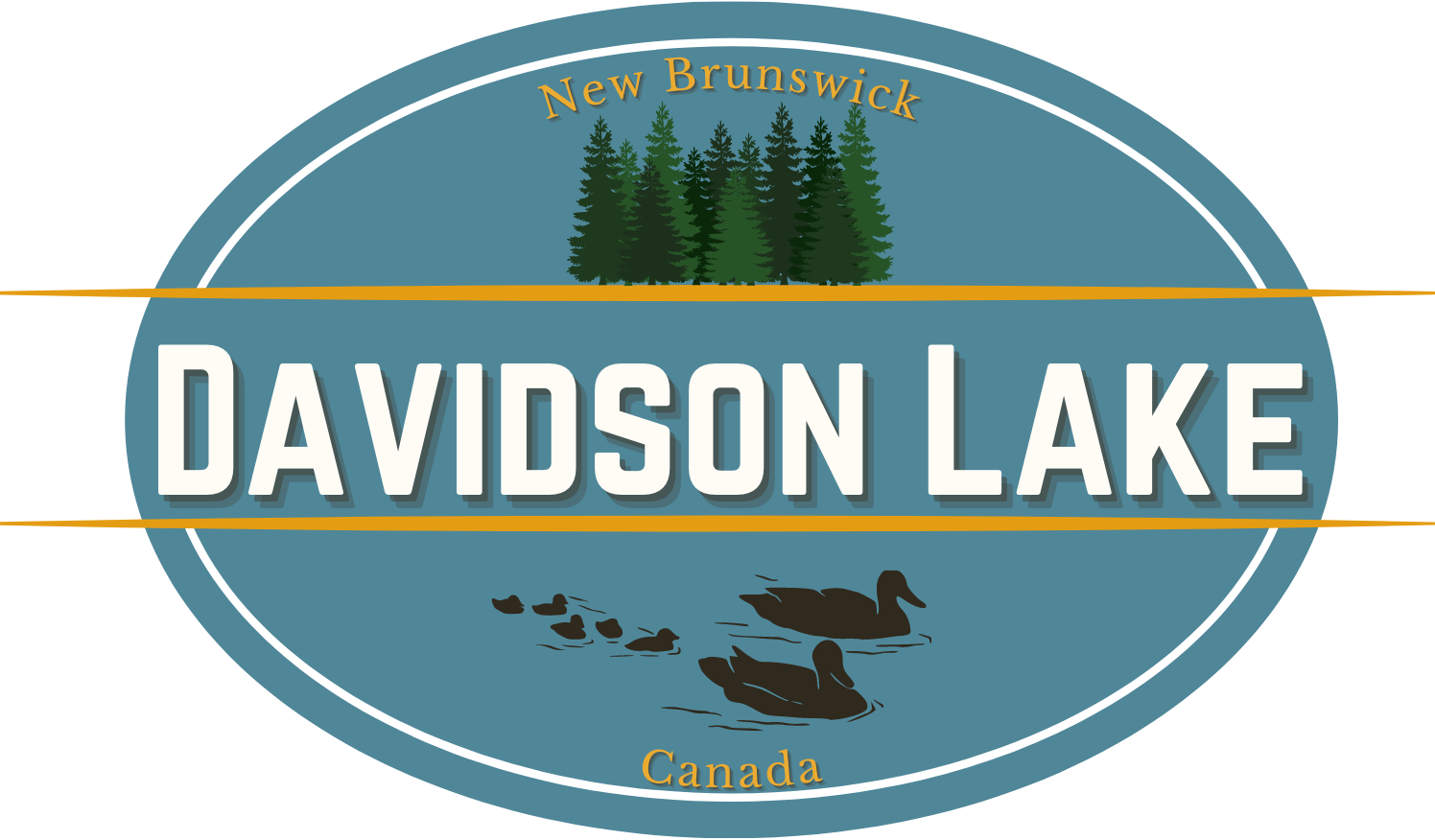 BY-LAW NUMBER 1 A by-law relating generally to the organization and the transaction of the affairs of DAVIDSON LAKE ASSOCIATION INC.

BE IT ENACTED as a by-law of the Company as follows:

ARTICLE TWO TRANSACTION OF THE AFFAIRS OF THE CORPORATION
2.01 Head Office Until changed in accordance with the Act, the head office of the Company shall be in the Municipality of Fredericton, in the Province of New Brunswick.
2.02 Seal The seal of the Company shall be in the form impressed hereon.
2.03 Financial Year Until otherwise ordered by the board, the financial year of the Corporation shall end on the last day of each year.
2.04 Execution of Instruments Deeds, transfer, assignments, contracts, obligations, certificates and other instruments may be signed on behalf of the Company by any two (2) persons who are the president or a vice-president or a director and by the secretary or the treasurer or an assistant secretary or an assistant treasurer or another director. In addition, the board may from time to time direct the manner in which and the person or persons by whom any particular instrument or class of instruments may or shall be signed. Any person authorized to sign an instrument on behalf of the Corporation may affix the corporate seal thereto.
2.05 Banking Arrangements The banking business of the Company shall be transacted with such banks, trust companies or other firms or corporations as may from time to time be designated by or under the authority of the board. Such banking business or any part thereof shall be transacted under such agreements, instructions and delegations of powers as the board may from time to time prescribe or authorize.

ARTICLE THREE DIRECTORS
3.01 Number of Directors and Quorum The affairs of the Company shall be managed by its board of directors. Until changed in accordance with the Act, the number of directors shall be a minimum 3 directors, of whom 2/3 shall constitute a quorum.
3.02 Qualification No person shall be qualified as a director unless he is a member and is nineteen (19) or more years of age; provided that if a person who is not a member is elected a director he may so qualify by becoming a member within ten (10) days after the date of his election.
3.03 Election and Term The whole board shall be elected at each annual meeting of members to hold office until the next annual meeting, but if a new board is not elected thereat the directors then in office shall continue in office until their successors are duly elected. Retiring directors shall be eligible for re-election. The election may be by a show of hands or by resolution of the members unless a ballot be demanded by any member.
3.04 Vacation of Office The office of a director shall be vacated upon the occurrence of any of the following events: a) if a receiving order is made against him or if he makes an assignment under the Bankruptcy Act; b) if an order is made declaring him to be a mentally incompetent person or incapable of managing his affairs; c) on death; or d) if by notice in writing to the secretary of the Corporation he resigns his office.
3.05 Removal of Directors The members may, by resolution passed by at least two thirds (2/3) of the votes cast thereon at a special meeting of members called for the purpose, remove any director before the expiration of his term of office and may, by majority vote, elect any person in his stead for the remainder of his term.
3.06 Vacancies Vacancies on the board may be filled for the remainder of the directors’ term of office either by the members at a special meeting of members called for the purpose or by the board if the remaining directors constitute a quorum.
3.07 Calling of Meetings Meetings of the board shall be held from time to time at the call of the board or the president or any two (2) directors. Notice of the time and place of every meeting so called shall be given to each director not less than forty-eight (48) hours (excluding Saturdays, Sundays and bank holidays) before the time when the meeting is to be held, save that no notice of a meeting shall be necessary if all the directors are present or if those absent waive notice of or otherwise signify their consent to such meeting being held.
3.08 First Meeting of New Board Provided a quorum of directors be present, each newly-elected board may without notice hold its first meeting immediately following the meeting of members at which such board is elected.
3.09 Regular Meetings The board may appoint a day or days in any month or months for regular meetings at a place and hour to be named. A copy of any resolution of the board fixing the place and time of regular meetings of the board shall be sent to each director forthwith after being passed, but no other notice shall be required for any such regular meeting.
3.10 Place of Meeting Meetings of the board shall be held at the head office of the Company or elsewhere in Canada or, if the board so determines or all absent directors consent, at some place outside Canada.
3.11 Chairman The president or, in his absence, a vice-president who is a director shall be chairman of any meeting of directors; and, if no such officer be present, the directors present shall choose one (1) of their number to be chairman.
3.12 Votes to Govern At all meetings of the board, every question shall be decided by a majority of the votes cast on the question; and in case of an equality of votes, the chairman of the meeting shall be entitled to a second or casting vote.
3.13 Declaration of Interest It shall be the duty of every director of the Company who is in any way, whether directly or indirectly, interested in a contract or arrangement or proposed contract or proposed arrangement with the Company, to declare such interest to the extent, in the manner and at the time required by the Act and to refrain from voting in respect of the contract or arrangement or proposed contract or proposed arrangement if and when prohibited by the Act.
3.14 Remuneration The directors shall receive no compensation, either directly or indirectly, for acting as such and shall not receive, either director or indirectly, any profit from their office.
3.15 Committees The board from may time to time appoint such committee or committees, as it deems necessary or appropriate for such purposes and with such powers as it shall see fit. Any such committees may formulate its own rules of procedure, subject to such regulations or directions as the board may from time to time make.

ARTICLE FIVE PROTECTION OF DIRECTORS AND OFFICERS
5.01 Limitation of Liability No director or officer of the Company shall be liable for the acts, receipts, neglects or defaults of any other director or officer or employee, or for joining in any receipt or other act for conformity, or for any loss, damage or expense happening to the Corporation through the insufficiency or deficiency of title to any property acquired by order of the board for or on behalf of the Corporation, or for the insufficiency or deficiency of any security in or upon which any of the monies of the Corporation shall be invested, or for any loss or damage arising from the bankruptcy, insolvency or tortious act of any person with whom any of the monies, securities or effects of the Company shall be deposited, or for any loss occasioned by any error of judgment or oversight on his part, or for any other loss, damage or misfortune whatever which shall happen in the execution of the duties of his office or in relation thereto unless the same shall happen through his own wilful neglect or default.
5.02 Indemnity Every director and officer of the Company and his heirs, executors and administrators and estate and effects, respectively, shall from time to time and at all times be indemnified and saved harmless out of the funds of the Company from and against:
(a) all costs, charges and expenses whatsoever that such director or officer sustains or incurs in or about any action, suit or proceeding that is brought, commenced or prosecuted against him for or in respect of any act, deed, matter or thing whatsoever made, done or permitted by him in or about the execution of the duties of his office; and
(b) all other costs, charges and expenses that he sustains or incurs in or about or in relation to the affairs of the Company;
except such costs, charges or expenses as are occasioned by his own wilful neglect or default.

ARTICLE SIX MEMBERS
6.01 Members The membership of the Company shall consist of the applicants for incorporation, landowners and their spouses within the community of Dumfries, including Davidson Lake and associate members within the general public. Membership will be conditional upon the payment of a fee as determined by the Board of Directors. Associate members are a non-voting membership.
6.02 Term of Membership The interest of a member in the Company is not transferable and lapses and ceases to exist upon failure to pay the fee for membership, if any, within a time after which such fee is due as the board may prescribe from time to time or upon death or a member resigning or otherwise ceasing to be a member in accordance with the by-laws of the Company.
6.03 Resignation A member may resign by a resignation in writing which shall be effective upon delivery of the resignation or a copy thereof to the Board.
6.04 Removal The board may pass a resolution authorizing the removal of a member for cause from the register of members of the Company. No such resolution shall be put before the board until after the member in question has been notified in writing of the cause and afforded an opportunity for a hearing before the board. The board shall notify any such member of the act which, in their opinion, is improper or detrimental to the Company and of the time and place of the meeting of the board at which time the member in question will be heard. Such notice shall be given at least one (1) week prior to such meeting.

ARTICLE NINE BY-LAWS
9.01 Repeal and Amendment The by-laws of the Company may be repealed or amended by by-law enacted by a majority of the directors at a meeting of the board of directors and sanctioned by an affirmative vote of at least two-thirds (2/3) of the members at a special meeting duly called for the purpose of considering the said by-law.

ARTICLE ELEVEN RULES OF PROCEDURE
11.01 The Rules of Procedure contained in the most recent edition of “Robert’s Rules of Order” will be used to govern the Corporation, whenever they are applicable; in so much as they are not incompatible with the Associations’s Rules of with the Companies Act.